The L&BR terminus opened in 1838 and was fronted by the grand ‘Principal Building’ which survives in situ.

Boasting a huge balustraded entrance, the three-storey building was constructed in Classical style – inspired by the architect’s travels in Italy – and housed offices for clerks and company secretaries of the L&BR.

The building’s Roman-style front also remains, with the arms of the London and Birmingham Railway adorned above its main doors. However, due to a direct hit during a bombing raid in the Second World War, most of its roof and all of its windows were replaced.

In the 1980s the structure was restored. During this time, the team discovered the mummified of a cat which had been placed in a space beneath the floorboards – a superstition which was still practised in the Victorian era.

Today, a team of local experts will carry out intricate restoration work on the iconic building.

The project will be undertaken by national contractors KN Circet transport and Infrastructure division, a multinational company with offices in Solihull, who are working for HS2’s enabling works contractor LMJV (Laing O’Rourke and J. Murphy & Sons).

The Grade I listed building has been integrated into HS2’s plans for the new Curzon Street Station, which provide an enhanced setting to reflect the history of the old station as well as the Grade II listed Woodman pub. The public space surrounding the station will feature the historic track alignments of the former goods yard that used to lie to its east, and the gardens and new eastern concourse façade have also been designed to complement the architecture of the building.

Work on the old Station building will include a new steel structural frame to strengthen the building, a new lift giving access to all four levels, new glass balustrade for the historic staircase, internal fit-out, roof repairs, structural repairs to the external façade, and a full clean of the external building masonry. 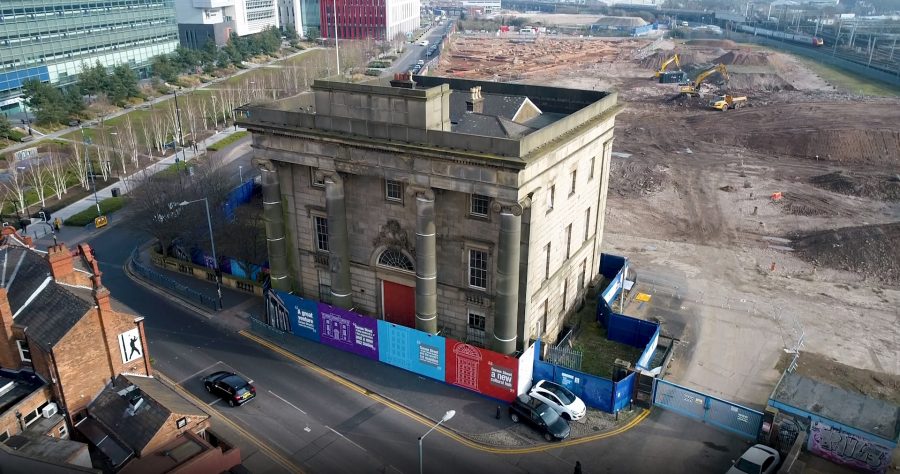 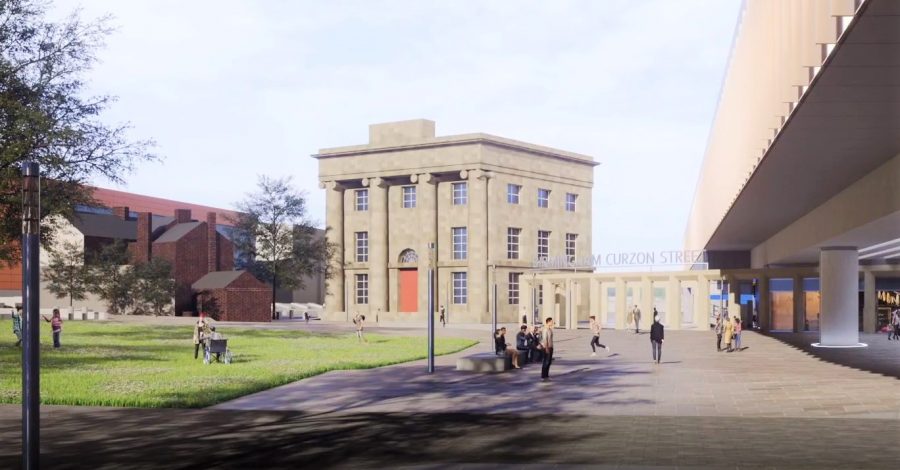 A before and after of the Principal Building. The first image shows the building as of 2019 whilst the second is a graphic of how the building could be incorporated into the new Curzon Street Station design.

"The transformation of this amazing old building and the new station will be one of the real show pieces of the entire HS2 network."