The TBMs will excavate tunnels, reducing the environmental impacts in rural areas.

HS2 is a state-of-the-art, high-speed line critical for the UK’s low-carbon transport future. It will provide much-needed rail capacity across the country, and is integral to rail projects in the North and Midlands – helping rebalance the UK economy.

Early in 2021, two 2000 tonne tunnelling machines measuring over 170 metres each will be launched at a site by the M25 to bore 10 miles each underneath the Chilterns in Buckinghamshire.

A TBM is used to excavate tunnels through a variety of soil and rock in dense urban areas and to reduce environmental impacts in rural areas.

Both machines are specifically designed for the mix of chalk and flint they will encounter under the Chilterns. Operating a ‘continuous boring’ technique, they are expected to take around 3 years to excavate the 9.1m metre diameter tunnels which will be lined with concrete as they go. The TBMs will convert the spoil into slurry which will be pumped back to the Align main site where it will be treated before being used for landscaping on-site, removing the need for additional HGVs on local roads.

There are 32 miles of tunnel on Phase One. The longest and deepest tunnel will be the Chiltern tunnel measuring at 10 miles (16km) long and 90m deep.

The London tunnels are 13 miles (21km), with a maximum depth of 50m. There will also be tunnels on the approach to Birmingham city centre.

In total 130 million tonnes of earth will be excavated, enough to fill Wembley Stadium 15 times!

Thank you to the thousands who cast a vote for their favourite STEM pioneer in our Tunnel Boring Machine (TBM) naming competition. Three were shortlisted; Florence Nightingale, Cecilia-Payne Gaposchkin and Marie Curie.

The eventual winners – Florence and Cecilia – were suggested by students at Meadow High School in Hillingdon and The Chalfonts Community College, Buckinghamshire, inspired by female scientific and medical pioneers.

Cecilia Payne-Gaposchkin was an Astronomer and Astrophysicist from Buckinghamshire. She attended Cambridge University, then became Chair of Astronomy at Harvard. She was the first person to properly ‘read’ a temperature on stars. She also discovered that stars are made mainly from hydrogen and helium.

“Cecilia was born locally to the project being from Buckinghamshire. Cecilia is an inspiration and made an amazing, life-changing decision; to do something she actually wanted to do and became famous for her work.” 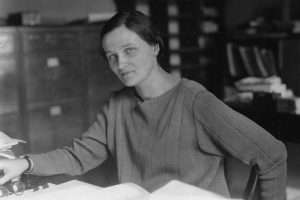 Florence Nightingale was the founder of modern nursing who came to prominence while serving as a manager and trainer of nurses during the Crimean War, in which she organised care for the wounded.

Nominated by: The Meadow Special Needs School, Hillingdon because:

“She was a nurse who campaigned her whole life for funding for her charity which provided health care and hospitals for poor people before we had the NHS.” 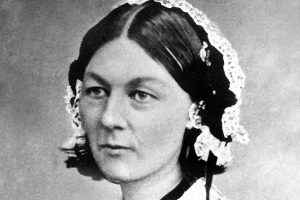 The TBMs are manufactured in Germany before being shipped over to the UK.

Around 32 miles of the high-speed line route from London to Birmingham will be in tunnels and our first two TBMs will be transported to the launch site later in the year.